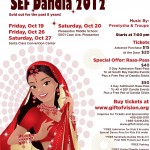 Much like previous years, this year again you can do your share of Dandiya in Pleasanton on Saturday, OCT 20 2012, starting at 7:00PM.

Admission is $15.00. Free for kids under 5, and a separate area for kids. Free parking.

For tickets, www.giftofvision.org – this event usually sells out; so it serves better to buy in advance.

My son’s  nanny is available in the evening from 5:30 pm till 10:00pm in the night. She can assist with cooking or anyother household work. 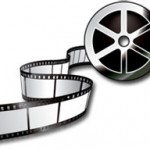 Hi friends, on Oct 5,6,7 (fri/sat/sun) , we are looking for Indian “extras” in our bollywood/tollywood movie for a puja scene shoot in a livermore picturesque house.

If you are interested to come on any one or all days with (without) your families, email to [email protected] for more details. .

Food and film credit will be provided. No pay. Any age more than 10 yrs old will work. It will be a fun event.

Art of Living presents Mantra Sadhan, a simple and easy way to learn Vedic chants and mantras/ What is a mantra? Mantra is That which helps the mind to transcend, that which saves you from repetitiveness is a mantra. A repetitive thought is a worry. Mantras help to free you from worries. Mantras are universal and can be chanted by anyone.

The seminar, conducted in Dublin, CA, teaches the correct intonation and meaning of popular ancient Sanskrit Mantras. Knowing the meaning of the mantra invokes peace, love, and leads to a meditative state. Chanting mantras creates subtle vibrations that affect the consciousness in a positive way. This workshop is open to anyone above 16 yrs of age. This will be taught by Prof V. Sastry who is a is a priest at Halifax
HinduTemple in Canada.

I am looking for person who can come to my home at Dublin for post delivery massage and massage and bath for the new baby from Oct 1st week. If you are interested pl. contact at 626-298-6923

Looking for a Pick up and drop off services for my daughter she is in Kindergarten- Country Club school in San Ramon near Alcosta.

Join us to relish the legacy of rich, melodious, lively music that transcends the barriers of time and age. Though its close to two decades since RD Burman passed away, his magic continues to rule. We would revive Panchamda’s golden melodies with a live band of amazingly talented musicians & singers from bayarea and out of state who will rekindle fond memories of late R D Burman through his evergreen songs.

Violinist Kala Ramnath, along with the Bay area Saxophonist George Brooks, are performing under their band Global Conversation -some raga influenced jazz and some jazz inflected raga! The show is presented by Sankara Nethralaya Om Trust at Amador Theater, 1155 Santa Rita Rd, Pleasanton, 925-339-8090 on Sunday, Sep 30 2012 7:00PM Tickets are $25, $35, $50. 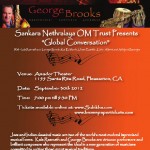 Kala Ramnath belongs to a violin dynasty from India- Mewati gharana – a unique musical lineage of seven generations which straddles both the classical systems of the subcontinent. Her violin playing is characterized by an immaculate bowing and fingering technique, command over laya, richness and clarity in sur. She has revolutionized the technique of playing the violin by taking this instrument so close to vocal music that today her violin is called The Singing Violin. Kala also has been involved in the background score of the Hollywood film Blood Diamond working with composers like James Newton Howard and George Acogny.
Currently she has a series of concerts ongoing with North-South duet compositions with Lalgudi Vijayalakshmi.

George Brooks is a prolific and diverse saxophonist and composer, acclaimed for successfully bridging the worlds of jazz and Indian classical music. He is the founder of several important Indian fusion groups including Summit with Fareed Haque, Kai Eckhardt, Zakir Hussain and Steve Smith, Bombay Jazz with Larry Coryell and Ronu Majumdar and the Kirwani Quartet with Dutch harpist Gwyneth Wentink and Indian flute maestro Hariprasad Chaurasia. Brooks has taught on the faculties of Mills College in Oakland, The Jazz School in Berkeley and UC Santa Cruz. He lives in northern California.

Registration for the next session of Young Rembrandts Afterschool Drawing Classes are starting at many schools campuses throughout the East Bay….Check to see if we are in your school at http://www.youngrembrandts.com/eastbay/default.aspx.

Young Rembrandts is based on an acclaimed, step-by-step drawing method that works hand-in-hand with our original, innovative art curriculum developed by a team of educators and artists. Our tiered lesson plans and multisensory approach to learning meet every child at their unique ability level.

Our curriculum is designed so a child can be enrolled from pre-school to sixth grade and never repeat a lesson. This allows our students to continually build skills and develop their personal style and creativity.

Hi all, I am doing handmade crochet items – that is  hairband, headband, clips, pouch, coasters, wallet and cross bag. 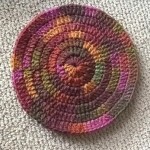 If any one is interested in buying a crochet item please email me at [email protected] You can customize the color to your need.

Have you made clay Ganeshas in your childhood and want your children as well to have the same divine experience?

The Balagokulam chapter of Pleasanton is organising a Ganesh Chaturthi activity for the kids. Kids will be making clay Ganeshas and take them home to perform Puja. 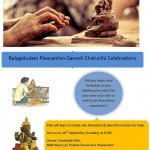 The event details are below:

Venue: Creekside Park,  5665 W Las Positas Blvd, Pleasanton
Date:  September 16th (Sunday)
Time: 5:00 PM – 6:30 PM
Please note that the parents need to be present to assist the kids in making the Ganesha murthis.  All materials needed for the activity will be provided by us. This FREE event is an activity of Hindu Swayamsevak Sangh to educate kids about their roots.

You can also view the flier for the event here: http://tinypic.com/r/2b2mj5/6 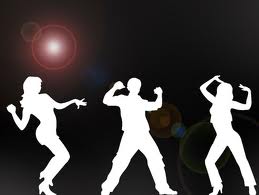 Now that kids are back to school and days become regular, are you planning for some kids activities? How about some fun and learning with Bollywood Dance?

Friends, after successfully running summer dance camp, now I am going to start Bollywood Dance Classes again for all active kids with age 5-8 years (in Dublin).

This Dance program will help them improve their motor skill with some cool dance moves. It is a wonderful opportunity for kids to get social with their age group beyond class room and learn synchronization and coordination as a team. On top of that they will be more disciplined by listening and following dance directions.

Each above class will run for 10 weeks for a nominal $120 only.
Hurry up and sign up soon; kids will sure have FUN and love these dance classes.
Just confirm on this post, and don’t forget to send it across to your other friends.
You can always reach me @408-625-7237 or [email protected] to get more information.

See you all soon…
Archana

If you are looking for cool Kurtis and stylish salwar kameez at affordable rates, you need not travel to Fremont or South Bay for it.

We buy kurtis from Jaipur, Mumbai and Indore. If you are interested in ordering dandiya dress …….Hurry up………

Kids dandiya dress available if you order before Sep 15, 2012.