Indian Ethnic Apparel & Accessories for Trendy & Traditional Divas!
If you are looking for Indian designer wear suits, trendy and traditional sarees, Pakistani suits, long and short kurtis with shimmering and satin tights, accessories like clutches and jewelery, men’s Indian wear, Kid’s Indian wear….Ethnic Vastras is a one stop Shop! The collection is unique and exclusive and latest fashion.Please check the facebook page for some of the collection.
https://www.facebook.com/pages/Ethnic-Vastras/646250632073870?sk=info
To check out the complete collection in person, please call Deepika at 408-472-0207 or email at [email protected] . Located in  Gale Ranch, San Ramon.
25%  Sale on Kurtis and Pakistani suits this weekend from June 27-June 29.
Thanks,
Deepika (Ethnic Vastras) 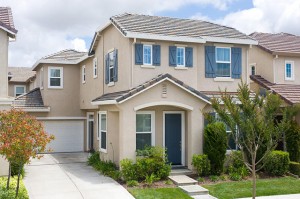 Looking for someone to help with cooking daily morning in Livermore.
Need cooking assistance Monday to Friday between 7AM and 9AM in the morning. Must be able to drive
Open to both north and south Indian styles of cooking. Please contact [email protected]
Friendly & warm family and excellent pay!!! Thank you in advance for your interest –

My Parents are visiting us this summer. Is there any park in area where sr. citizens meet up?

We are looking for cook to come to our home and cook everyday – mornings to make light breakfast and then cook lunch/dinner.
Marathi food preferred but any Indian cook is fine.  (If you can help with some household work will also be great).
To manage your own driving.
We are located at Pleasanton towards Vineyard ave.
email me at [email protected]
Thanks

I work for Accounting Resources Inc as a Staffing Manager. Specializing in the placement of accounting and finance professionals on a temporary, temporary to direct, and direct hire basis. I can help anyone in the Bay Area thats looking for work and surrounding cities. I am a born British and speak fluent Punjabi and Hindi. I want to help the Indian Community with there job needs in the Accounting and Finance Area.

Please see the below oppertunites that I have at this time: Looking to Network and fill the follwing job positions that are in my Territory below:

2)Senior Financial Analyst, Location Pleasanton CA, (Great Company that is looking for a go getter to thrive with a Biotech company that is going Public. Salary 100k to 105k Must have FP&A and the following:Implementation,Forcasting,Budgeting/Plannning, Corporate Financial experience with International implementation. Please call me its a very exciting opportunity. (direct hire) job id#1623

4) Credit and Collections: Must have Fluent French Language along with English. Company is a Biotech Firm that is Stable and great opportunity to get your foot in the door. Ability to make a mixture of 75 contacts via email and calls, 2 years of credit collection experience, work in a team and in dependable. Company uses SAP software. Degree preferred. $25/hr Long term assignment (on going but potential for permanent) Job id#1635

Can anybody help me with dropping off and picking up a boy 3 yr old to Fallon park starting late August? He is scheduled to attend preschool for SY 2014-15. Call me if you can. 7035898727

Vidushi Chandrika Pai is an accomplished Carnatic vocalist, performer and teacher in East Bay area. She has been teaching and performing in the US for the past 12 years. Her repertoire comprises traditional Carnatic gems, timeless Kannada compositions of Purandara Dasa and other composers, evergreen Marathi abhangs, Annamacharya’s keertanas in Telugu, and popular Konkani devotional songs.

Students are provided with both theoretical and practical aspects of the vocal art form, while adhering to a traditional guru-shishya parampara style.

She is currently accepting students at Beginner through Advanced levels in the Dublin, San Ramon, Pleasanton area.

NEW!! SUMMER LESSONS (July-Aug 2014) – Learn popular compositions of Purandara Dasa, Annamacharya, and other popular Bhajans! Students will enjoy and understand the  meaning and classical foundation of these compositions.

Hi all happy to announce that I have started my own mobile beauty service. I am a licensed esthetician. I have more then 11years experience in this field. now there is no need to leave the comfort of your own home. I will travel to your location with everything needed to treat you to a relaxing spa experience at home. Services includes facial treatments,waxing,threading,and makeup. Services are available to groups and individuals, it is important to take a little time for yourself to rest and relax. I look forward to seeing you soon. To make an appointment please call or email me at [email protected] call me at 925-4088699

We are a newly established After School Center in Dublin CA. As we are growing, we are in look for more Teacher’s.
Looking for a Good Dance Teacher who can teach Bollywood style, Fusion, Hip Hop Dance.
Certified Yoga Trainer For Kids.
Compensation : Hourly
Contact : [email protected] or Phone : 4085824399

Sailors Preschool & Family Child Care provides a loving, fun, and creative environment that is safe and clean. We believe in activity-based learning, personalized care, and a day filled with lots of fun for your child. We take pride in loving and caring for your children as if they were our own. Sailors offer quality Childcare by experienced childcare professionals and run by staff certified in CPR & First Aid training.

The moment you walk into Sailors, you become family! The children feel a sense of love, security, and belonging.

Call or email us today to schedule a visit
www.sailorspreschool.com

We are looking for cook. We would like to have cook who can cook north Indian one day and two days Gujarati food. We need cook for three days . We will not be able to drop off or pickup.Time and days can be flexibly. Very safe and beautiful home environment. Contact: 925-560-1088. thanks

What’s a better testimony than numbers? That the Tri Valley Area is undergoing a demographic transformation can be generally seen, but is clearly depicted in this Racial Dot Map produced by the Weldon Cooper Center for Public Service based on 2010 Census data. The RED dots represent Asian Population, and its easy to see how the area looked like almost four years back.  If anything, the density of the red may only be increasing in this area; in fact rather drastically over last couple of years.

Granted the red dots represent the Asian population as a whole, not people from Indian sub-continent as such. But going by what one may be observing see on the streets, stores and schools, and anecdotal data, it may not be an over statement to say that the desi Indian population is almost exploding at least in some specific areas.

The Dot Map below from Cooper Center has been over laid with specific local areas/streets to help easily identify the areas under focus.

The Map provides a good picture of which Tri Valley Areas are popular with the Asians or Indians. What really comes as no surprise is the Windermere, Gale Ranch, Camino Tassajara area of San Ramon, along Bollinger Canyon Road. Its known to be thickly populated with Indians and Chinese. On some streets and roads you will only find Indian households door to door, one after the other. Some people says its much of a South Indian microcosm. The schools of the area present the same picture – and have excellent scores. Next in San Ramon are some older areas in west San Ramon along Alcosta and Marketplace. Particularly apartments there are high density Indians. Coming down south, the Pine Valley area has some desi population, and further south, the area between Alcosta and Village Parkway in Dublin is again heavily dotted with red.

East Dublin is the other major desi area. Especially the last couple of years has seen a major influx of desis moving from all over the Bay Area into the Dublin Ranch neighborhood, including Positano and other new construction going on in the area at fast pace that supposedly provides some of the best value in the entire Bay Area. The prime area surrounding popular  Emerald Glen park is pretty multi racial, but still reasonably desi as well. Especially towards the north of it. Dublin Boulevard from Hacienda to Village Parkway provides the best desi shopping experience with multiple stores and the Regal Cinema at Hacienda is always on with the latest Hindi release from Bollywood. The schools in the area are getting better every year – that is a no brainer. The Brigadoon area on the far west has a few desis living as well, and so do the apartments along the Dougherty Road. The apartment/condo living next to Bart in Dublin again has a good concentration of desi folks.

Pleasanton is where this Dot Map helps to give a more definitive picture than is generally known. The area between Owens Drive, Avalon Apartments and Stoneridge is heavily red. This has probably even gone higher in last year – especially with the apartments in the area. As Stoneridge meanders to the east, the homes around it are again pretty Asian, going up drastically around the south western end of Stoneridge. While West Pleasanton over all has a sprinkling of Indian population, the central business district goes quite opposite, and then again increases along 680, and showing high around the apartments south of Stoneridge Mall.

Asians are generally sprinkled over all of Tri Valley area, and Livermore shows the same pattern. The Indian population shows a little higher numbers around the Livermore Temple, kind of expected.

Check for the actual numbers from the 2010 Census for Asian Indians in Tri Valley Area with Percentage.

If you are aware of specific areas that are significantly growing in Indian Desi population, please feel free to comment below.

Need north indian cook to come to our house near Hiddel Hills Elementary school  in San Ramon for cooking 2 hours daily during day time.
Must be able to drive.
Need help daily Mon-Fri and even Sat-Sun
Please call 925-785-4864

Hi, We are looking for an intern for a summer program in Dublin CA. We are a newly established After school Center in east Dublin.

Hi, my in-laws are visiting here and we are a household where we both work and as you can imagine, they are getting bored! So if your parents are also visiting and would like to hangout with mine for drink, yapping, rummy, chess, carrom or any fun.. please reply back. My email ID is [email protected]

The Genius Kids Club is part of the Genius Kids franchise with many locations throughout the Bay Area. We offer Genius Kids’ award-winning curriculum to children in grades K-5. The programs we are currently offering:

We are hosting Apsara Skin Care Trunk Show in Dublin on June 1st from 2pm to 4pm. Please RSVP if you are interested to join the event.